How Managers Can Win Big by Thinking Small

When it comes to motivating a team, managers can choose from a wide range of philosophies to follow and leaders to emulate. Jeff Bezos famously instructed his employees to “wake up every morning terrified.” Steve Jobs believed in the power of grand narratives to inspire his team. Of course, there’s a time and a place to employ all kinds of motivational tools, but in my three decades of experience managing people, the strategy that pays off the most isn’t about the carrot, the stick, or even the big idea; it’s about setting your team up for the small wins that encourage and energize them.

Harvard Business School professor Teresa Amabile and psychologist Steven Kramer’s research into motivation supports this idea. In their wide-ranging study of employees, they found that, contrary to popular wisdom, using pressure is far less effective at driving achievement than helping workers have positive inner lives. I love this idea, because it’s a reminder that people want the same thing at work that they want in every other facet of their lives: to be valued and valuable.

People want the same thing at work that they want in every other facet of their lives: to be valued and valuable.

“Of all the things that can boost emotions, motivation, and perceptions during a workday, the single most important is making progress in meaningful work. And the more frequently people experience that sense of progress, the more likely they are to be creatively productive in the long run.”

The progress doesn’t have to be big; it just has to be meaningful to make employees feel like they’re winning the day.

Unfortunately, managers often overlook the power of these little victories. When Amabile and Kramer surveyed managers about what affects motivation, only 5% identified making progress in work as a major motivator for employees.

1/ Stretch goals are supposed to encourage people to accomplish more than they believe possible.

In practice, though, they tend to encourage short-term thinking, kill creativity, and demotivate.https://t.co/WSzcwCjDJZ

I’ve learned the truth of the “small wins” theory through trying to empower my own teams, and it has helped me develop the tools I now use to help my people get these small yet crucial wins.

The science of small wins

“Nothing succeeds like success” isn’t just a clever aphorism — it’s a fact of human psychology. And because huge wins at work are rare, a manager’s goal should be to support employees by setting them up for little wins that nourish their sense of accomplishment and engagement.

The progress doesn’t have to be big; it just has to be meaningful to make employees feel like they’re winning the day.

The compounding nature of success is a fundamental part of our understanding of psychology and the brain.

Many scientific and business writers have written about the brain’s tendency to release dopamine when a challenging task is accomplished. Breaking work into more incremental (but still significant) tasks means you get more dopamine bursts. Each time you cross an item off your to-do list and earn that chemical, you’re training your brain to associate productivity with pleasure.

Each time you cross an item off your to-do list and earn that chemical, you’re training your brain to associate productivity with pleasure.

As a manager, you can actively facilitate this sense of progress by setting goals that truly engage your employees. As the research indicates, it’s hard to build these neural pathways with rote tasks, so try to find opportunities for employees to stretch their creative muscles, learn new skills, and think independently. If they succeed, celebrate. But even if they miss the mark, reward their initiative.

As I often say, I’d rather give speeding tickets than parking tickets. If you’re moving too fast, I might give you a slap on the wrist, but I’ll high-five you on the way out the door.

Some years ago, I joined a company where the team was consistently missing major deadlines, and employees felt lost and overwhelmed. Management would throw big projects over the wall, but no one was clear on their specific responsibilities. I was starting to feel lost myself, since the usual strategies I tend to lean on as a leader weren’t solving the problem.

After talking with my team, I realized that unspoken and unclear expectations were hurting not just our company’s work output, but our entire culture. Employees were being castigated for not doing work they didn’t even know to do, and the work they did accomplish was perceived as insignificant in the face of huge, looming deadlines. It created an environment where employees hoped to blend into the background and avoid getting noticed, rather than striving to stand out. With that realization came an opportunity to make a change.

I asked myself, “What can I do to help my team feel like winners every day?” I realized that by helping them come up with a plan to make incremental progress each week, they could see real results and be encouraged. I made it my goal to break down these big chunks of work into manageable pieces and communicate to each individual what their role was.

Recognizing progress, instead of failures, encourages a stronger & healthier team.

My tool for communicating my goal and following up to see it through was the one-on-one meeting, and recognizing the power of these meetings became the inspiration for Uptick.

The real turning point in using one-on-ones this way came when one of my star employees confessed:

“Chris, I feel like you’re a great cheerleader for me, but there are times when I worry I’m not doing the things I’m supposed to be doing, or I’m doing them in the wrong order. Can we meet and talk about priorities?”

In our next meeting, we started going over the list of things that were getting in his way. Together, we narrowed down that list to four actionable items for him to accomplish that week.

When he came back the next week, with those small goals accomplished, he was newly energized, and we repeated the process with a new set of priorities, all connected back to our larger goals.

After a few weeks, we developed a cadence, and soon he felt like he was winning. With his most immediate stressors out of the way, one-on-ones gradually transformed into an opportunity to focus on his long-term goals, which we then tackled together in the same way.

After a few weeks, we developed a cadence, and soon he felt like he was winning.

One-on-ones are the time as a manager when you can give your team members personalized attention and collaborate to set achievable goals. Most importantly, you can ask how to support each employee in meeting those goals. Sometimes that means getting in the trenches with them to complete a project. Sometimes it means getting out of their way. Whatever they need, I remind myself that I work for them.

Eventually, you’ll work through the day-to-day clutter and move on to using one-on-ones to focus more on your employees’ big goals, but you should still leverage small wins to keep them on the path. When an employee feels drawn to a specific path, like a big promotion, break that goal into incremental steps, and monitor their progress in your one-on-ones. These updates will keep your employee motivated in all of their work because they’ll know that the little things they’re doing are lining up with their big goals. And using one-on-ones this way creates accountability for you as a manager, because the notes you take are a record of what you’re doing to facilitate their success.

When your team wins, you win

Think about all the little things that go into making a great day for you. When you start the morning by catching the tail end of a green light or beating the rush at the coffee shop, you already feel like you’re on a winning streak by the time you get to work.

As a manager, you have the ability to get your employees on winning streaks.

As a manager, you have the ability to get your employees on winning streaks, helping them build momentum and confidence. I’m a cheerleader by nature, but I’ve learned that neither accomplishment nor encouragement on its own is enough to draw out people’s passion. But when you can create opportunities to succeed, and then you reward that success, you’re building a team that feels engaged, appreciated, and hungry for more wins. 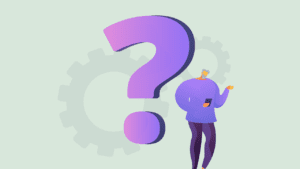