How I confidently gave performance reviews after having Hepatitis A 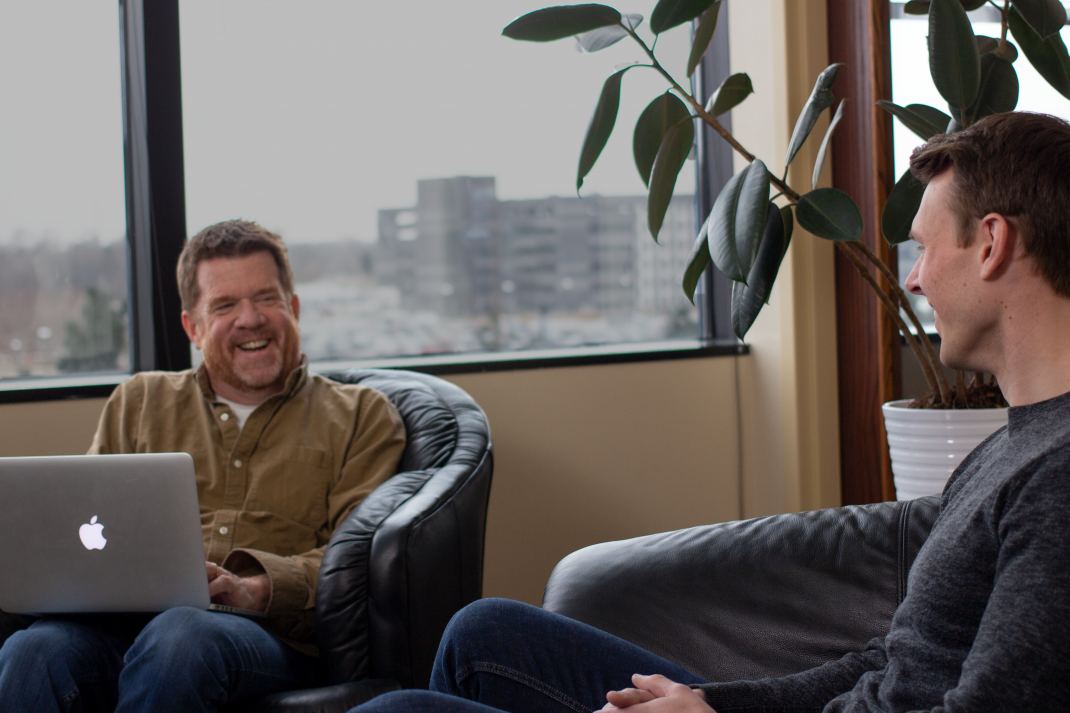 By the middle of the second week of having Hepatitis A I started to get concerned.

I had gone in for a round of bloodwork the week before (feeling very ill at the time), and the doctor was looking at a liver marker to understand the severity of my case. It came back at 250 – 5 times the normal range.

When I was first diagnosed with Hepatitis A (following a trip to West Africa) I spent hours reading medical articles about typical symptoms and my prognosis.  Most of them said I was going to become really, really ill, but that I’d eventually be okay in anywhere from 4 weeks to 6 months. Seeing myself as a “superhealer”, I expected to get over Hep A in a weekend.

Boy, was I wrong.

One week after the first appointment that liver marker was at 4,800 – 96 times higher than normal. In my doctor’s words, “Uh, that would explain why you’re so sick!”

That’s when I realized I had a big problem.

I knew the course of this disease would be measured in weeks, not days and questions started flooding my mind.

As the president of a small company with 9 direct reports, how was I going to run the company? How could I possibly help my team by providing direction, removing difficult obstacles and making sure priorities were in the right place? We were at a critical juncture on a couple important projects – how could I stay informed?

And performance reviews would come a few weeks later – how could I evaluate my team if I wasn’t around or even aware of what was happening?

In the fall of 2017 we started putting together a system for regular one-on-ones. Though we had a highly-relational culture, we knew we needed to increase the quality of manager/employee communication so we could leverage the gifts and abilities of each team member – a huge for benefit and for both my staff and the growth of our company.

We started by asking questions in these areas:

It sounds like a long meeting, doesn’t it? But once we got rolling we realized the meetings needed only about 15 minutes. As I wrote to a new manager:

So there I was, in the fetal position on my bed wondering how my illness was going to slow down everything our company was trying to accomplish. I wondered if I’d know anything about the team when performance review time came. I became understandably anxious.

Then it dawned on me.

With the little strength I had, I wrote the team and asked them to continue filling out their one-on-ones despite the fact I wouldn’t be able to meet with them. My illness was severe enough that I usually didn’t have the strength to read, but on the occasions that I felt a little better, I went into the one-on-ones and get a feel for what was happening. When I could, I’d send a quick Slack message to a teammate with a suggestion or clarification.

Most importantly, though, the one-on-ones helped me keep my finger on the pulse of our company. I felt like I knew what was going on even though I wasn’t physically present, and the conversations we had in our previous one-on-ones gave enough direction to the team that they didn’t feel lost.

After 15 days out of the office and 5 weeks of limited productivity, I was staring into the face our Q4 performance reviews. Since I have rejected the idea that vague and meaningless feedback is acceptable,  I wondered if I could produce anything helpful to my team.

As it turned out, the information in the one-on-ones (and my responses) proved to be a great asset to the process! I was able to give specific feedback in each of the areas the one-on-ones covered. I was surprised by how much I actually knew, even while I was absent. It was quite easy to track each person’s progress throughout the quarter, and even with limited face-to-face time, I still felt generally connected to their morale and sense of accomplishment.

Putting together the process of regular one-on-ones was a big win for our company, but building a product that facilitated the process was the key to managing the team when I had hepatitis. Uptick, the team management tool we built to get companies on the same page, allowed me to have everything I needed to do meaningful performance reviews, and it was all in one place. I didn’t need to look through email trails, Slack messages, spreadsheets or documents. Using Uptick, I was able to:

I was amazed by how easy it was to write a meaningful review. Sure, I know I missed some things by being out of the office, but I feel like Uptick opened a window to me that would have certainly been closed in other circumstances. And I’m grateful the team stayed motivated and productive in my absence.

We developed a template that’s simple to use, backed by powerful research, and tested in over 100 performance reviews.

How to Manage Managers and Bring Out Their Best Skills

360-Degree Feedback Is a Minefield for Employees. Here’s How to Navigate It.